Norway is one of the most beautiful countries in the world and if you love skiing, you can do that for 6 months a year. There are many advantages to living in this awesome country, although you should check that you are comfortable with cold winters and icy driving conditions before you decide to move. Here are 15 reasons why living in Norway can be a wonderful adventure.

If you are an English speaker, you will find that Norwegians love to practice their English as they have all studied it at school. This makes the initial impact much easier. Even the tax return form has an English version.

It is recommended that you learn Norwegian because most people will speak that when they are socializing. This can take up to 3 years and may be a requirement if you want to take a university course. Another great plus is that university education is free as it is state funded.

2. The scenery is beautiful.

Whether you are driving or taking a rail trip, the stunning scenery which stretches for miles and miles is breathtaking. You have everything from majestic mountains, waterfalls, glaciers and green hillsides—not to mention the wonderful fjords. The Oslo to Bergen rail trip takes 7 hours but for most of the time, you will be admiring the marvelous scenery.

Driving on the national tourist routes will provide you with many memorable moments. Getting off the beaten track is so easy.

3. You can camp anywhere.

Norway has a law called “allemannsrett” which gives you the right to put up a tent anywhere you like in Norway. There are some exceptions, such as private property or a national park! Now, if you are into hiking and camping, this makes Norway a paradise. It also makes things cheaper as hostels and hotels can be expensive. Norway is famous for its family-friendly policies. It is a well known fact that fathers can take up to 12 weeks paid leave during the first three years after a new baby’s arrival. Growing old in Norway is also very beneficial. If you fulfill certain requirements, elderly citizens over the age of 67 will receive a state pension of $1,000 a month. Workers also enjoy a shorter working week of 37.5 hours and they have longer paid holidays of 25 working days.

Once you have your bank account set up, you can do almost everything online. Transferring money to another account or paying bills is really easy. All you need is the account number of the beneficiary and this saves you loads of time.

6. Health care is more or less free for everybody.

Once you are legally resident, you can apply for the free public health service. According to the WHO, Norway’s healthcare is in the top fifteen (ranked at number 11 while the USA is at number 38.) There is a fee to be paid for each doctor’s visit (about $21) until you reach the cap for the year which is $1,817. You pay for basic medicines too but they all go towards the annual cap so once you reach that, the service is free for the rest of the year. 7. Be part of a booming economy.

Norway has become rich because of its offshore oilfields and gas. Much of this money is saved by the government and used for public welfare which makes living there easier in many ways. It should be no surprise to learn that its national pension fund is worth about $376 bn. Despite a single-track economy, this year’s figures show that industrial and economic growth have exceeded expectations and the outlook is still very bright.

8. Norway is not overcrowded.

If you live in Oslo, you will notice very few skyscrapers and shopping malls. There is a magnificent opera house and the new Munch Museum will open in 2018. Security was criticized after the famous Munch paintings The Scream and Madonna were stolen. They were later recovered and the robbers left a note saying, “thanks for the poor security.” 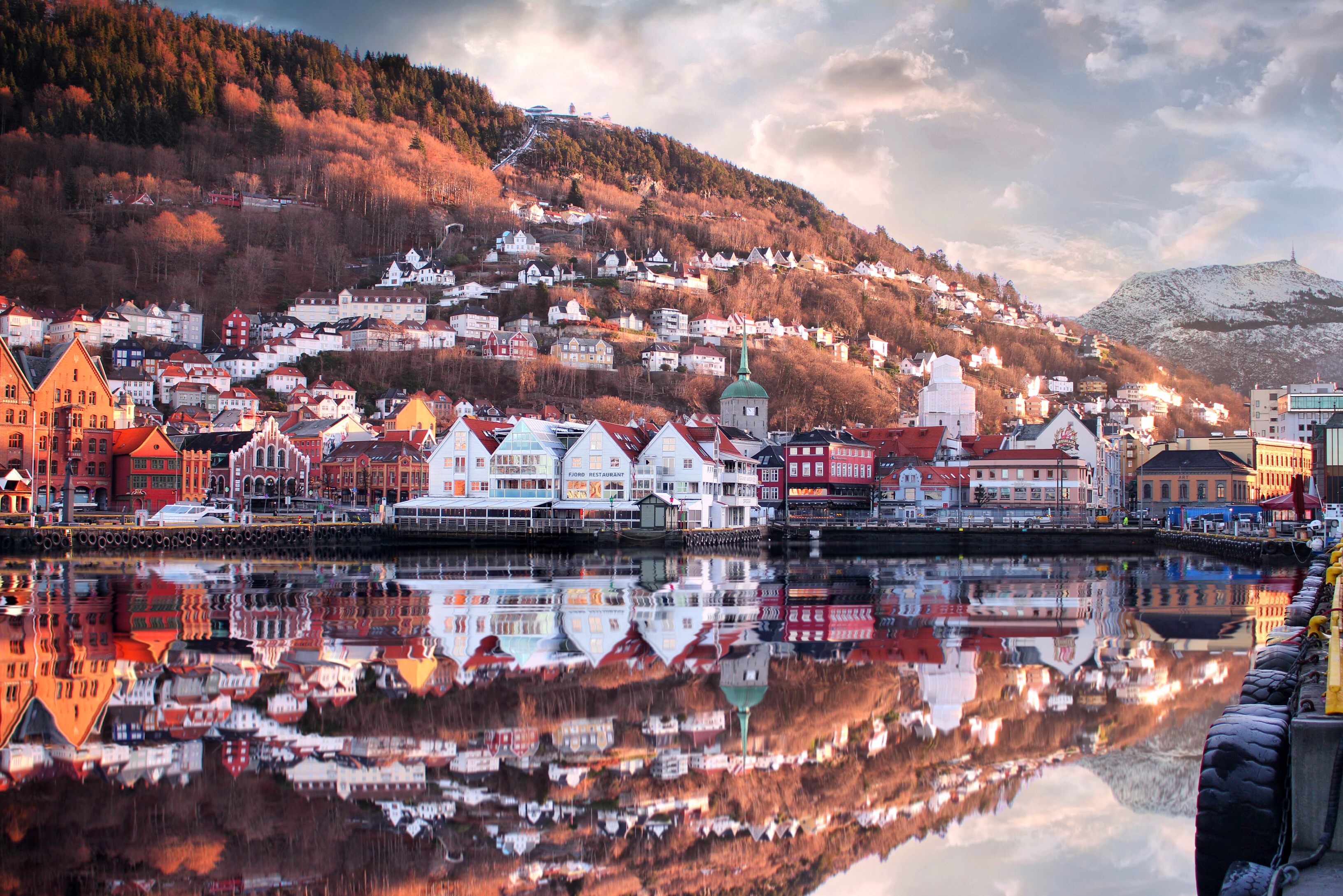 10. Norway is moving towards a multicultural society.

After the terrible shootings in which 77 people were killed by Anders Breivik, Norway showed its commitment to giving him a fair trial and resolved to make the country a better model for a multicultural society. For example, a Muslim woman called Hadia Tadjuk was appointed Minister of Culture. It is also interesting to note that 11% of Norway’s population was born abroad.

11. Norway is leading the way in new industries.

We mentioned above that Norway has a single-track economy and there are over 50,000 engineers employed offshore on its gas and oil platforms. But that does not mean that there are no developments in its other industries such as forestry, mining and fishing. Many paper and pulp factories are changing over to bio-refining. The government is busily promoting Innovation Norway to showcase its progress in modernization.

12. Norwegians are happier and live well.

According to the OECD index on the happiness and well-being of various nations, Norwegians come out with a high score. Life expectancy is 81 which is higher than the OECD average. There is less pollution and not surprisingly, almost 100% of Norwegians are satisfied with the quality of their drinking water. When people were asked to express their life satisfaction with a rating from 0 to 10, Norwegians gave themselves a rating of 7.5 which is higher than the 6.6 OECD average. 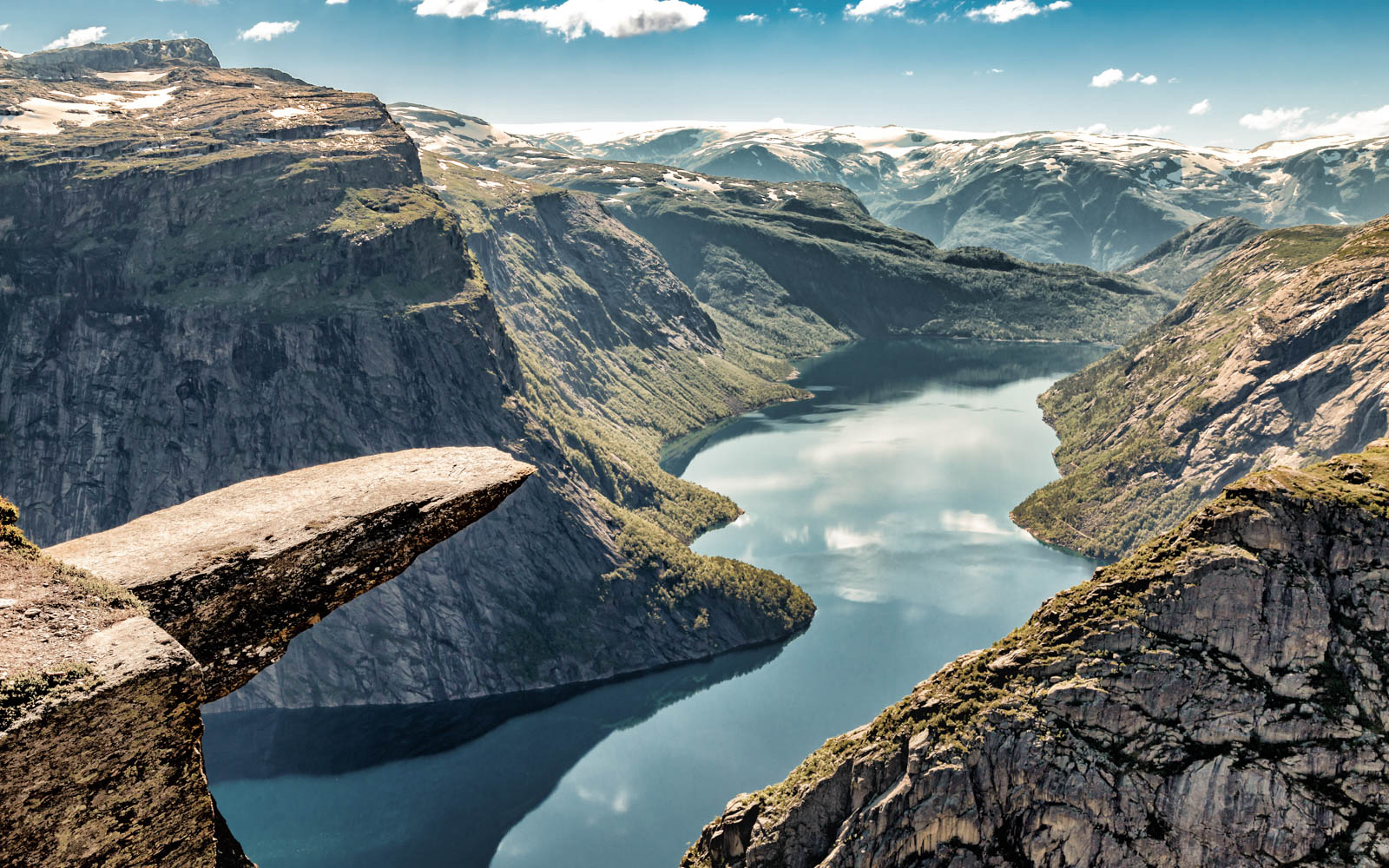 There are only about 4,000 prisoners in Norway. But what is most striking is that there is a very low re-offending crime rate. This is due to Norway’s enlightened approach to how they treat their prisoners by giving then trust and responsibility. They are offered more training, rehabilitation, and skills development than almost anywhere else in the world. They have to work but they are also given free time to enjoy themselves.

14. Norway has the highest number of electric cars.

Norway now has 32,000 electric cars which is the highest rate per capita in the whole world. The government has offered incentives such as tax breaks and free parking to these car owners. There has been a significant drop in air pollution. Because they are allowed to use bus lanes, they are not clogging up these lanes as they make up 85% of the traffic in them.

15. Norwegians have a high level of education.

It is estimated that the Norwegian government spends more than 6.6% of its GDP on education which is one of the highest in the world. It also has very high level of education and a very small dropout rate. This is reflected in the high quality of life and the general cultural level where creativity is encouraged. These together with the low crime statistics make Norway a great place to live.

Let us know in the comments if you have lived in Norway and what makes it so awesome.

A post-pandemic path to solving the nursing home crisis